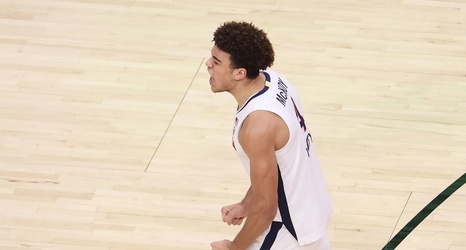 After officially accepting the head coaching position earlier this week, Hubert Davis has landed his first Tar Heel. Today it was announced that former Virginia Cavaliers forward Justin McKoy will transfer to UNC, adding some much-needed depth to a roster that has a lot of question marks.

McKoy is a 6’8, 215 lb forward from Cary, North Carolina. He is going into his junior year after playing his first two seasons under Tony Bennett, and averaged 3.5 points and 3.3 rebounds during that time. This past season he averaged 11.3 minutes on the court, and he took a sizable jump in shooting efficiency.