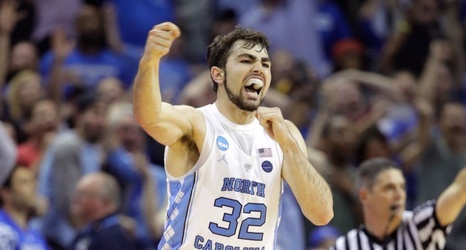 MEMPHIS, TN - MARCH 26: Luke Maye #32 of the North Carolina Tar Heels reacts after a basket late in teh second half against the Kentucky Wildcats during the 2017 NCAA Men's Basketball Tournament South Regional at FedExForum on March 26, 2017 in Memphis, Tennessee. (Photo by Andy Lyons/Getty Images)

According to a report from EuroHoops on Monday morning, former University of North Carolina basketball standout Luke Maye is close to signing a new deal with BAXI Manresa. The Spanish professional basketball organization’s home is in Manresa, Spain, and plays in the Liga ACB.