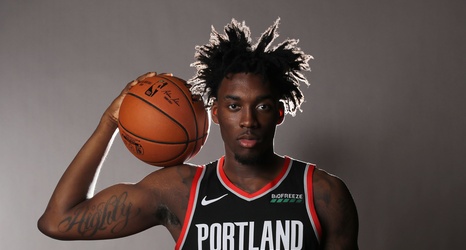 Wednesday night marked the debut for Carmelo Anthony in a Portland Trailblazers uniform as the future Hall of Famer returned to the NBA this season. With the arrival of Anthony, it meant rookie and former North Carolina standout Nassir Little would lose his starting spot.

Anthony replaced Little in the starting lineup on Wednesday night in the Blazers’ loss but the rookie ended up having more of an impact, anyway.

Coming off the bench, Little recorded his first double-double of his NBA career finishing with 12 points and 11 rebounds on 5-of-6 shooting in the 115-104 loss at New Orleans.