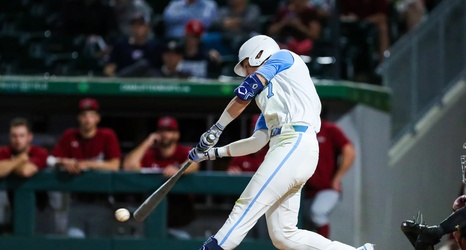 Under a blue sky in Uptown Charlotte, two longtime rivals met in front of over 10,000 fans at Truist Field to determine an ACC Champion. Excitement was high and a lot of eyes were over in the direction of the Wolfpack and freshman sensation Tommy White. In the end, though, the Tar Heels showed why they had been on such a hot run as of late. They did it thanks to a slightly less-heralded freshman.

Vance Honeycutt, the freshman from Salisbury, lit into NC State pitching to start the day. He belted two homers in the first two innings, bringing home 5 RBI, and was a major force in Carolina jumping out to an 8-1 lead.