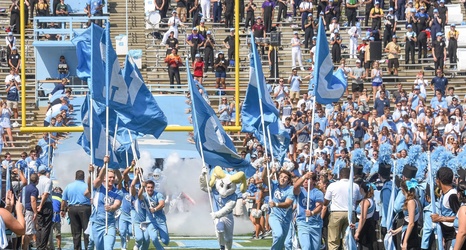 This win feels bigger than a game played on December 1st should — maybe it’s because of how sharply reversed some of this UNC team’s early-season troubles appeared, or how seldom UNC’s been able to beat ranked teams not located in Durham the past few years, or maybe it was simply because we haven’t seen a UNC team put this kind of beatdown on a good opponent in a while — or maybe all three and then some. Nevertheless, while it’s tough to prognosticate any trends off of one game, let alone one played before conference play starts, here’s three things I hope we’ll be able to take away from this game:

After Mohegan Sun made it clear that UNC’s combination of low defensive effort and adjustment to a new scheme were untenable, we saw some tweaks against UNC-Asheville ahead of Thanksgiving.