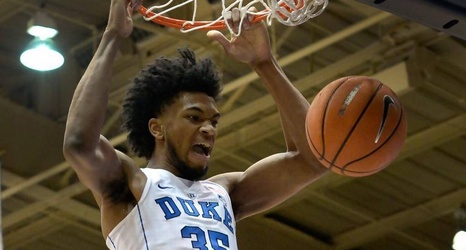 It was probably the first time Roy Williams has ever been confused for Mike Krzyzewski.

In a verbal hiccup by a longtime UNC writer near the end of Williams’ lively, and often jovial, 20-minute press conference on Tuesday, Williams was called “Mike.”

Hair color and personalities aside, if you’ve watched North Carolina and Duke play this season, the confusion is understandable.

Williams’ UNC team, with its guard-heavy lineup and reliance on the 3-point shot, is playing more like Krzyzewski’s recent Duke teams. And the Blue Devils, with their size and rebounding dominance, look like one of Williams’ national title teams.