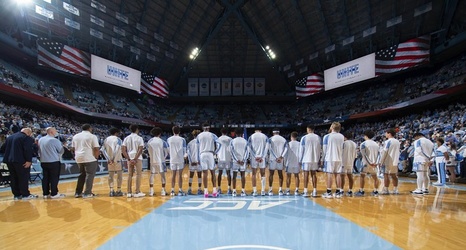 GAME 7
• Carolina hosts 24th-ranked Michigan on Wednesday, December 1, in the 23rd ACC-Big Ten Challenge.
• Both teams are 4-2 this season.
• Carolina is 3-0 at home while the Wolverines are playing on the road for the first time.
• The Tar Heels are playing for the first time since defeating UNC Asheville, 72-53, in the Smith Center on November 23, two days before Thanksgiving.
• Michigan defeated Tarleton State, 65-54, one day later.
• This is the third time in five seasons the teams have met in the ACC-Big Ten Challenge (split the first two) and fourth time in the last five seasons they have played (also 11/28/2019 in the semifinals of the Battle 4 Atlantis in the Bahamas, a 73-64 Michigan victory).