Tar Heels Lead by 5 After 36 Holes in Myrtle Beach 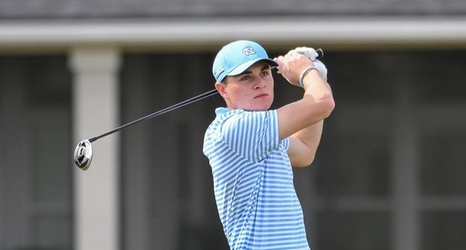 North Carolina freshman Austin Greaser shot an opening-round 67 and Ryan Burnett and Ryan Gerard combined to shoot 5 under par to stake the Tar Heels to a five-shot lead after 36 holes Monday at the General Hackler Championship.

Coastal Carolina is hosting the 15-team event at the Dunes Golf and Beach Club.

UNC is 12 under par after two rounds, five strokes ahead of Wake Forest. Liberty is third at 5 under and East Tennessee State and NC State are tied for fourth at 1 under.

The Tar Heels shot an 8-under-280 in the morning to lead the Demon Deacons by one shot after 18 holes.