Tar Heels Glide By Bruins 5-0 In NCAA First Round 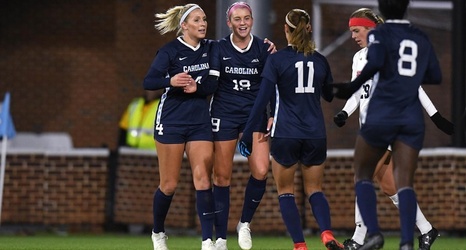 CHAPEL HILL, N.C. – The second-ranked University of North Carolina women's soccer team was powered by a pair of goals by Alessia Russo and a goal and two assists by Emily Fox in downing the Belmont Bruins 5-0 in the first round of the 2019 NCAA Division I Women's Soccer Tournament at Dorrance Field. A crowd of 1,076 fans was on hand in frigid conditions to watch the Tar Heels advance in its opening NCAA Tournament game for the 38th straight year.

UNC will now host a pair of second round NCAA Tournament games next Friday with Texas Tech playing Michigan in the first game and North Carolina facing Colorado in the second game.