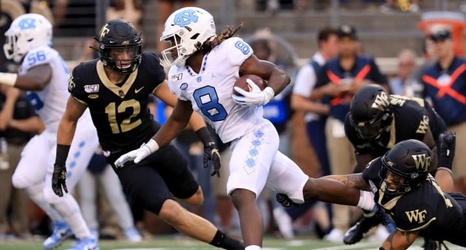 The Demon Deacons are the nation’s only team to have played multiple games with just one turnover. That has them by far the best in the country in turnover margin at plus-14 on the season. The matchup features four of the top 10 rushers in the ACC, starting with UNC's Javonte Williams ranking third (109.6 yards per game) and Michael Carter fifth (104.7). (Associated Press)

Carolina Clashes With Wake Forest Saturday - Pregame Notes
North Carolina and Wake Forest go head-to-head on the football field for the second year in a row, but for the first time in Chapel.