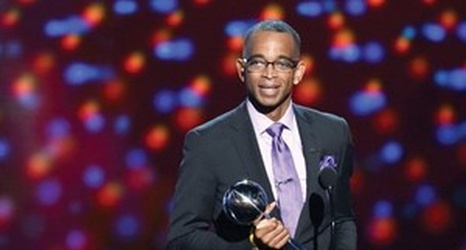 Stuart Scott, a popular former anchor at Sportscenter who passed away last year following a battle with cancer, has been named the posthumous recipient of a lifetime achievement honor at the CLIO Sports Awards, it was announced on Thursday. (Hollywood Reporter)