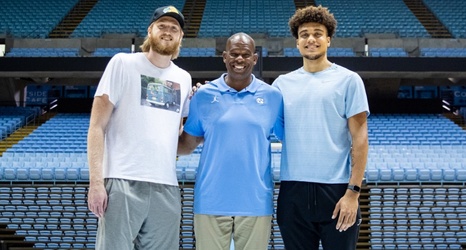 There will be some distinct changes to how North Carolina basketball looks next season. Under new head coach Hubert Davis the offense is expected to feature more spacing with players on the court that can facilitate that action. Davis has made two additions to his 2021-22 roster that will allow North Carolina to space and spread the floor. (Inside Carolina) Former UNC Star Coby White Cuts Signature Hairstyle
Former UNC star point guard and current Chicago Bull Coby White revealed Tuesday night on Instagram that he has cut the signature floppy hairstyle that.