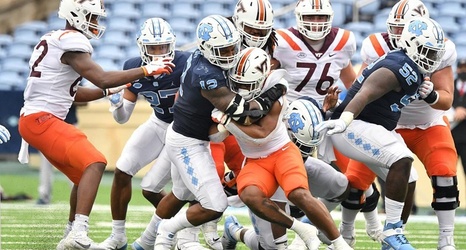 GREENSBORO, N.C. (theACC.com) – The 2021 North Carolina at Virginia Tech football game has been set for Friday, Sept. 3, the Atlantic Coast Conference announced today. The date of the game was not originally set when the 2021 ACC Football schedule was announced in January. Kickoff time and the television network will be announced at a later date.

The ACC Coastal Division matchup is the first conference game of the season and is part of an exciting Labor Day opening weekend of ACC Football that includes at least one game Thursday through Monday, Sept. 2-6.