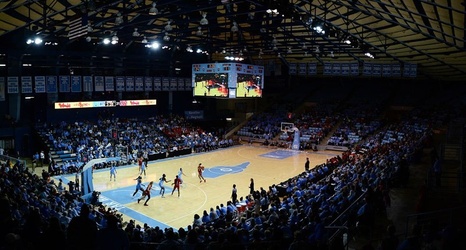 North Carolina has added Sam Miller and Sean Sullivan to its women's basketball staff, head coach Courtney Banghart announced on Monday. Miller will serve as Director of Scouting and Video Operations and Sullivan will serve as Director of Player Personnel Development and Recruiting Operations. Both bring to Chapel Hill a wealth of experience. (GoHeels.com) Tar Heels in WNBA – Season Tips Off
The WNBA tipped off its 25th season on Friday evening and currently, there are four Tar Heels on rosters throughout the league; Stephanie Watts, Allisha...
Sat May 15, 2021

Stephanie Watts thankful, excited to begin her WNBA career in Chicago
After another detour to Los Angeles, albeit a much shorter one, and winning a battle for one of 11 Chicago Sky roster spots, former UNC.