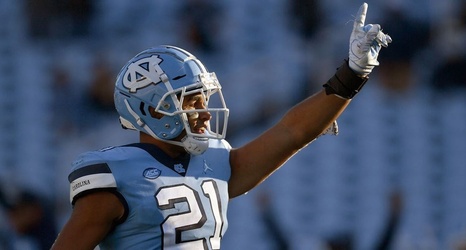 Former UNC linebacker Chazz Surratt will be bringing his sideline-to-sideline range to the Minnesota Vikings after being drafted No. 78 overall in the third round of the 2021 NFL Draft. Despite playing only two years at LB after transitioning from quarterback, Surratt was considered one of the top prospects at his position. (Inside Carolina) ACC Football: Top 25 2022 NFL Draft Prospects to Watch
Here are 25 ACC players that could have their names called during the 2022 NFL Draft. Joshua Ezeudu, OG, North Carolina (Jr., 6-4, 320) A...
Mon May 3, 2021