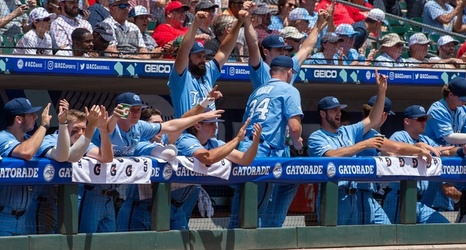 The Diamond Heels roll into the postseason soaring with confidence as champions of the Atlantic Coast Conference and winners of 15 of their last 17 games, including seven in row.

However, at the end of April that was not the case.

Carolina struggled through the middle third of the season, losing five consecutive series and after getting swept at Virginia, the Heels were 8-13 in the ACC and in danger of missing the conference tournament with nine league games remaining.

"If you look at that series, obviously, Virginia has a really talented team," UNC Head Coach Scott Forbes said.