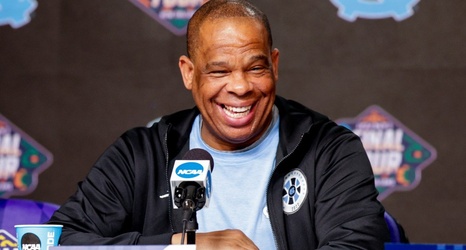 The story of North Carolina Tar Heels basketball can not be told without a chapter for Hubert Davis. From his playing career to assistant coaching career and now head coaching career with UNC, his mark has been left on the basketball program. Davis played under Dean Smith from 1988-92 and helped UNC to a Final Four appearance as a junior. (Tar Heels Wire) Luke Maye To Continue Basketball Career In Spain
Luke Maye will continue playing in one of the best basketball leagues in the world next season, after signing with Covirán Granada in the Liga.