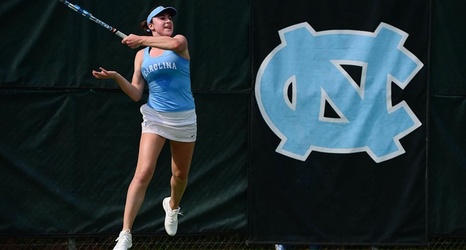 Carolina went over three years without losing a match at the cozy confines of Cone-Kenfield Tennis Center, and would extend its streak to a school-record 50 straight wins with a 5-2 win over ACC rival and 29th ranked Virginia on March 26, 2017.

Despite a rare loss in doubles for just the second time all season, Carolina roared back with first set wins on four of six singles courts.

Cassandra Vazquez's 6-0, 6-0 shutout win on court six tied the score at one apiece and Chloe Ouellet-Pizer won by retirement on court five, giving the Tar Heels the 2-1 lead.