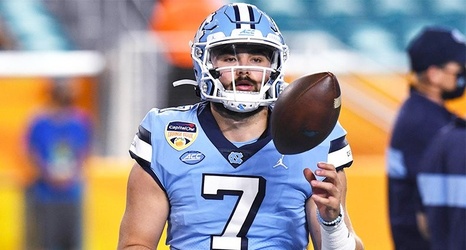 Who will run the ball for North Carolina? Ty Chandler brings loads of experience as a transfer from Tennessee, though he may not possess the big-play skills of Michael Carter and Javonte Williams. Touted freshman Kamarro Edmonds won't enroll until this summer, giving holdovers British Brooks and Josh Henderson a chance to carve out a niche. (Athlon Sports) Harris Barton: All In On Carolina
Former UNC offensive lineman Harris Barton was picked in the first round of the NFL Draft and spent more than a dozen years with the.