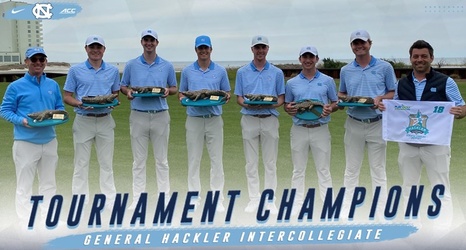 MYRTLE BEACH, S.C. – Ryan Burnett and Austin Greaser shot 3-under-par 69s in the third and final round to lead the University of North Carolina to a 13-stroke victory at the General Hackler Championship at the Dunes Golf and Beach Club.

The event was hosted by Coastal Carolina. The Tar Heels were originally scheduled to play yesterday and today in the Lamkin Grips San Diego Classic but switched tournaments on March 6 due to travel concerns related to the coronavirus.