Marcus Paige out 3 to 4 weeks with broken hand 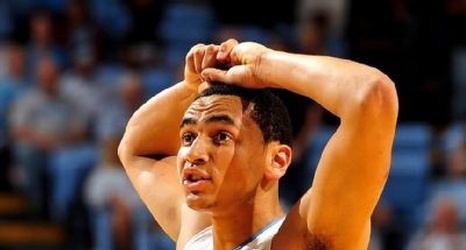 North Carolina guard Marcus Paige will sit out three to four weeks after fracturing the third metacarpal on his right (non-shooting) hand during Tuesday's practice, per release.

Paige, who has missed only one game during his three-year career, was selected the ACC Co-Preseason Player of the Year by the ACC Sports Media Association on Oct. 28.

Paige has averaged 13.2 points per game and has recorded 474 assists during his career. He has made 225 career 3-pointers, leaving him nine short of becoming UNC's all-time 3-point leader.

“I hate it for Marcus,” said Coach Roy Williams in a statement.