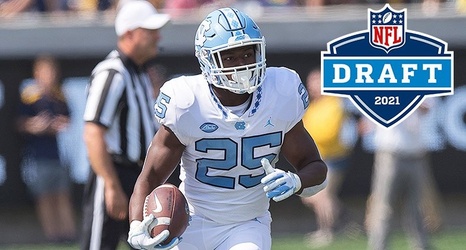 Javonte Williams has positioned himself as one of the top running backs in the upcoming 2021 NFL Draft. Not only did Williams show off his ability as a runner last season at UNC, he also showed his potential as a receiver. His projectability as a three-down back should be enough to ensure that he won't have to wait around long to hear his name called. (Athlon Sports) Jeremiah Gemmel Discusses UNC Linebackers, Depth, Youth
North Carolina senior linebacker Jeremiah Gemmel is one of the more experienced players at his position in the ACC.