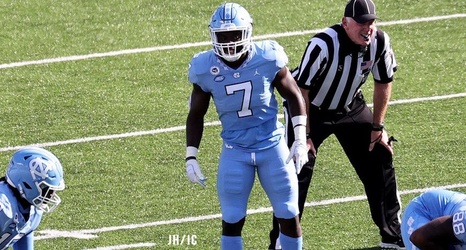 UNC linebacker Eugene Asante earned his chance to start in the Orange Bowl when Chazz Surratt opted out to begin his NFL draft preparation. And based on his performance, Asante has made the position his. As his responsibilities have increased, so too has his presence this spring. "From a mindset standpoint, I certainly changed a little bit." (MSN.com) Video: Dre Bly Interview With Taylor Vippolis
North Carolina cornerbacks coach and former NFL and Tar Heel great Dre Bly speaks with former UNC wide receiver and current football analyst for Inside.