GoHeels Exclusive: The 2004 Win Over Miami 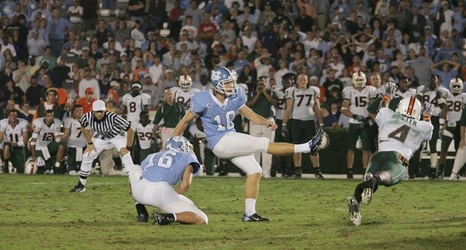 Three years removed from a 2001 season that culminated with a Peach Bowl win over Auburn, North Carolina felt even more distant from that victory than it actually was by October 2004.

Between the 2002 and 2003 seasons, UNC had won five total games. More than halfway through the 2004 campaign, the team's outlook didn't look that much better, with the Tar Heels sitting at 3-4. Only four games remained for Carolina to snap its bowl-less streak. The chances of achieving that seemed unlikely, though, when No. 4 Miami came to Kenan Stadium on Oct.