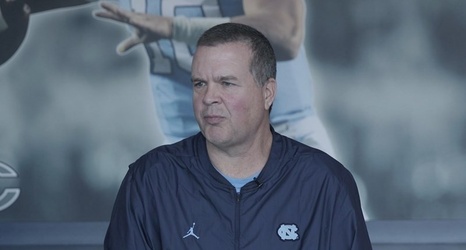 At times in a 27-year coaching career that has seen him oversee the offensive line at some of the nation's top programs, Stacy Searels has arrived at a new school and had roughly seven scholarship linemen to work with during spring practice.

Going through one such spring would make any offensive line coach wary whenever they change schools. But depth wasn't an issue for Searels in his first spring at North Carolina.