GoHeels Exclusive: Fight To The Finish 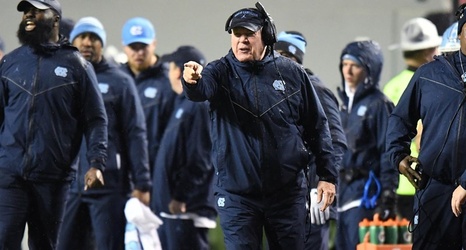 RALEIGH — The barrage complete, the result all but certain, Myles Dorn stood on the metal bench nearest NC State's student section and hoisted North Carolina's turnover belt above his head, as if the ever-thinning crowd hadn't seen it enough.

Three of his teammates had already raised the WWE-style belt. Yet, they didn't take nearly as much pride as the senior safety in doing so.

Earlier in the week, Dorn had stood in the Kenan Football Center, winless in three career games against the Wolfpack. He spoke then of how much it'd mean to win his final game in the rivalry and earn bowl eligibility.