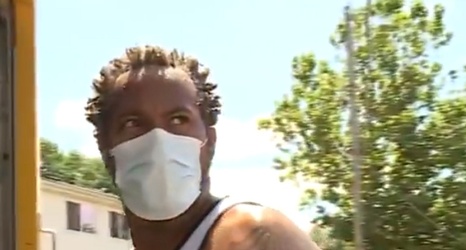 Former Detroit Piston's Power Forward Rasheed Wallace was in Flint to hand out supplies, including bottled water, to the citizens of Flint. Dozens showed out to see the NBA Legend and receive supplies. (NBC 25)

Justin Jackson gets a second chance after an up-and-down season
Earlier this week, Justin Jackson revealed he was one of the first Mavericks back in the practice facilities in May working on getting back into.