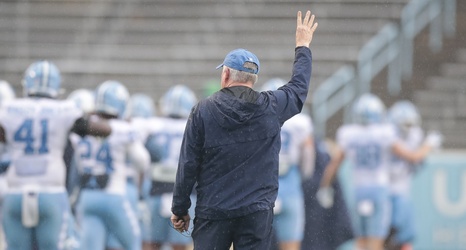 When UNC won the coin toss, Mack Brown made his usual decision to defer receiving the ball until the second-half. Offensive coordinator Phil Longo said it doesn’t matter whether the Tar Heels have the first possession or not. Yet, he endured offense's worst performance in two-plus years even though UNC still had a chance to tie or win right up to the end. (Chapelboro.com) UNC’s search for answers after season-opening loss starts with Mack Brown’s hard questions
No time for sugarcoating from Mack Brown. UNC's search to uncover answers for its worrisome season-opening loss has had the Tar Heels football coach posing.