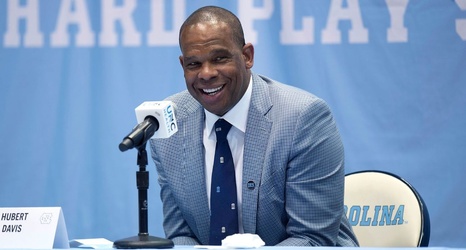 At a time when UNC and Duke could have justifiably gone outside the “family” and the “brotherhood,” neither did because of the influence two Hall of Fame coaches had. Ol’ Roy made it clear at his retirement press conference; Coach K admitted at his that he made the decision. So UNC turned to Hubert Davis in what now appears to be a no-brainer. (Chapelboro.com) Reggie Bullock: I Just Wanna Say My Sisters’ Names
Reggie Bullock: "You know that feeling when you look at your phone, and you just got too many missed calls, and you get those like.