Career Day For Anderson Helps Heels Hang On For Win At Denver, 15-13 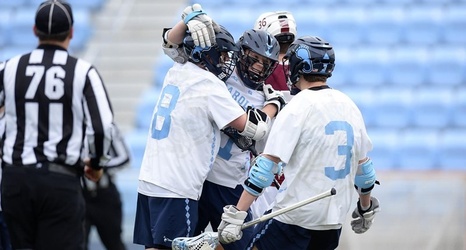 CHAPEL HILL, N.C. – The No. 4 North Carolina men's lacrosse team held on for a 15-13 win over the No. 11 Denver Pioneers on Sunday afternoon at the Peter Barton Lacrosse Stadium.

With Sunday's victory, the Tar Heels break a two-game losing streak in the series and wins its second-consecutive game at Peter Barton Lacrosse Stadium. Carolina's 15 goals against the Pioneers are the most since their 20-7 victory in Chapel Hill in 2009. The matchup's 15-13 result also marks the most combined goals between the two teams since they scored 30 total goals in the 2012 NCAA Tournament.