Burnett Birdies 5 Holes in a Row 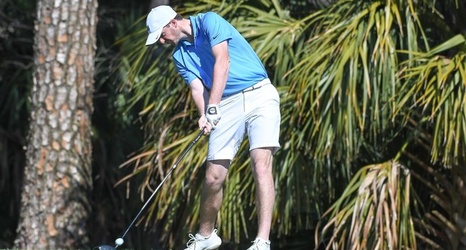 UNC freshman Ryan Burnett made five birdies and an eagle en route to a 5 under 67 and Austin Hitt shot 69 to lead the University of North Carolina Friday in round two of the John Burns Intercollegiate at the Wailua Golf Course.

The Tar Heels shot 7-under-281 to move up one spot to sixth place in the 20-team field. Carolina tied for the fourth-lowest round of the day. UNC shot even par in round one and stands 11 strokes behind tournament leader Arizona State.

The Sun Devils were 12 under today and lead Duke by two strokes heading into the third and final round.