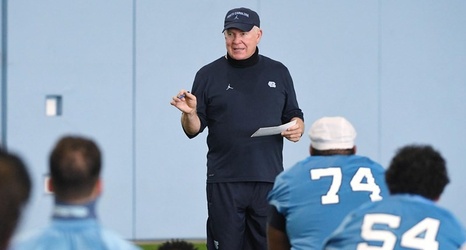 ATLANTA (Sept. 3, 2020) – North Carolina head coach Mack Brown has been included on the preseason watch list for the 2020 Dodd Trophy, announced Thursday by the Bobby Dodd Coach of the Year Foundation and the Chick-fil-A Peach Bowl.

This year's list includes 13 of the nation's top college football coaches representing teams who are scheduled to play during the fall season. In his first season back in Chapel Hill, Brown led Carolina to a 7-6 record and a victory in the Military Bowl. Now entering the 2020 campaign, the Tar Heels find themselves ranked No.