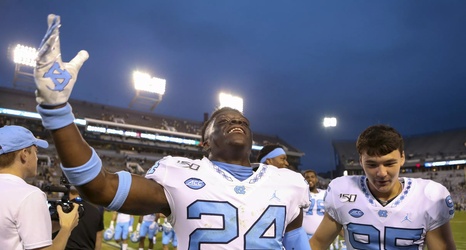 This past weekend was a fairly light one in the ACC in terms of number of games. However, what it lack in quantity, it made up for in weirdness.

Both Pitt and Virginia Tech nearly blew double-digit leads only to pull out wins on late touchdown drives. Louisville won their first conference game in over a year. UNC beating Georgia Tech was the most normal game, and even that was just the Tar Heels second win at Bobby Dodd Stadium in two decades.

It may have been just four games, but they did cause a bit of movement in our power rankings.