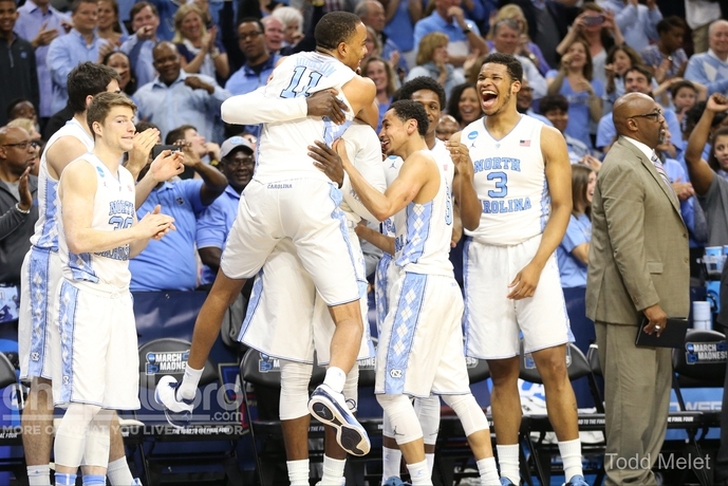 The North Carolina Tar Heels are heading to the NCAA Tournament championship game for the first time since 2009. The No. 1 seeded Tar Heels defeated the No. 10 seeded Syracuse Orange 83-66 Saturday.

Syracuse trailed for the all of the second half and much of the first half, but did not quit. The Orange cut the lead to seven at one point in the second half, with a 10-0 run doing most of the damage. But UNC responded and the Orange could not complete the comeback.

Four players had double-figures for the Tar Heels. Brice Johnson led the way with 16 points and nine rebounds. After UNC struggled from beyond the arc early, Marcus Paige hit three in the second half en route to 13 points. Justin Jackson had 16 points.

The Tar Heels didn't hit a 3-pointer until the 9:30 mark of the second half, and were just 4 of 17 from beyond the arc. But, the Tar Heels were an impressive 31 of 48 from inside the arc.

Trevor Cooney did everything he could for the Orange. He put up 22 points on 9 of 18 shooting. He also added five rebounds and three steals. Malachi Richardson had 17 points.