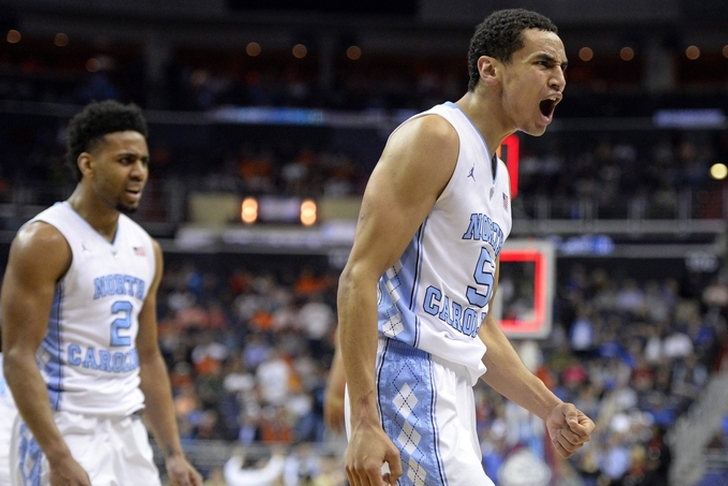 The North Carolina Tar Heels are heading to the Sweet 16. No. 1 seeded UNC defeated the No. 9 seeded Providence Friars 85-66 Saturday night.

The Friars were in the game until the middle of the second quarter. Then, Ben Bentil and Kris Dunn found themselves in foul trouble. When Bentil fouled out with 7:23 to play, UNC went on a run and put the game well out of reach.

The Friars were carried by Bentil and Dunn. Bentil racked up 21 points and three rebounds, before fouling out. Dunn had 29 points, three assists and three boards.

No other Friar had more than seven points. Bentil and Dunn were a combined 17 of 33 from the field. The rest of the team was 6 of 24.

The Tar Heels used the three-headed attack of Brice Johnson, Marcus Paige and Joel Berry in the game. Johnson had 21 points, 10 rebounds and two blocks. Paige had 12 points and two steals, while Berry had 15. UNC had five players in double figures, as the big lead helped result in Justin Jackson putting up 15 and Isaiah Hicks dropping 13 points. .