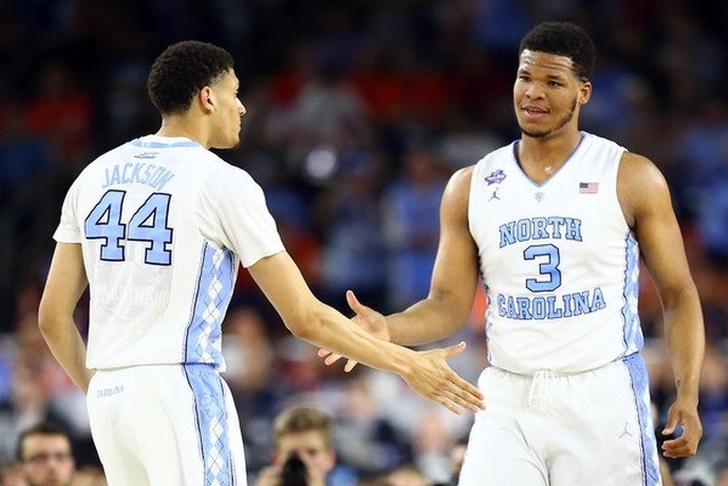 Behind great games from Kennedy Meeks and Justin Jackson, the No. 1 seeded North Carolina Tar Heels are heading to the National Championship game against the Gonzaga Bulldogs. The Tar Heels picked up a 77-76 win Saturday night over the No. 3 seeded Oregon Ducks, moving one game away from their sixth NCAA basketball national title.

After UNC took a lead with 1:13 to go in the first half, they never gave it up. The Ducks did cut the lead to 1 point with six seconds left, but the Tar Heels snagged two offensive rebounds in the final seconds after free throws to prevent Oregon from even getting a buzzer beater attempt off.

Oregon was up for much of the first half, but turnovers, a lack of assists and poor rebounding ultimately doomed the Ducks. Oregon had 16 turnovers and seven assists. UNC, meanwhile, had 11 turnovers and 16 assists. The Tar Heels also had 17 offensive rebounds.

Meeks and Jackson were fantastic for the Tar Heels. Meeks had a double-double with 25 points and 14 rebounds, while adding three steals. Jackson had 22 points and Joel Berry chipped in 11 points. Theo Pinson did a little bit of everything, with eight points, eight rebounds and five assists.

After dominating the tournament so far, Tyler Dorsey was held to 21 points on 3 of 11 shooting as Justin Jackson played impressive defense against him. He was a perfect 12 of 12 from the free throw line. Fellow star Dillon Brooks had only 10 points and six rebounds on 2 of 11 shooting before fouling out with 1:32 to play. But Dylan Ellis and Jordan Bell did everything they could to keep the Ducks in the game. Ennis had 18 points and six rebounds, while Bell had 13 points, 16 rebounds and four blocks.

The start of the North Carolina-Gonzaga game is set for 9 p.m. ET on Monday.