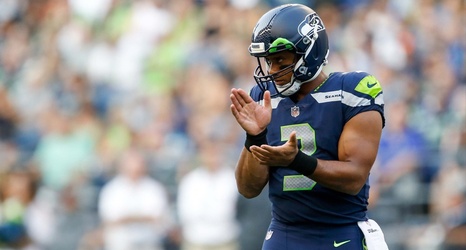 Russell Wilson has officially broken Patrick Mahomes' NFL record for most TD passes in his first 3 games with 14 pic.twitter.com/uYzGo7XOA4

He also became the 1st quarterback to throw 5 touchdown passes in consecutive games since Ben Roethlisberger did it in 2014.

With 5 pass TD against the Cowboys, Russell Wilson now has 14 pass TD in his team's first three games, the most in NFL history.