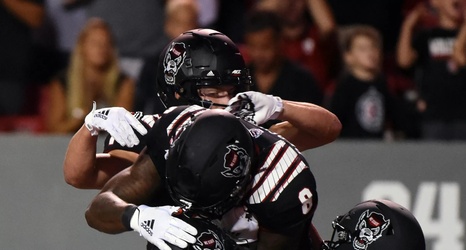 We came into this weekend hoping to see the encouraging signs of a team getting back on track and improving after the poor performance against West Virginia a week ago. What we got was a winning performance that was so blah I almost feel a little dejected. None of the gnawing questions we had were answered in positive ways tonight.

Were it not for a couple of big special teams plays during the second half, NC State may well have dropped this game to Ball State. Thayer Thomas’ long punt return touchdown was a huge difference in the game, and later, the Wolfpack blocked a punt to set up its struggling offense inside the Ball State 10.