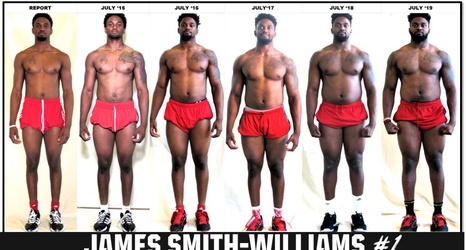 NC State Graduate Senior Defensive End James Smith-Williams becomes more and more of a FREAK as each year goes by. Prior to last season, Smith-Williams ranked 27th on The Athletic’s Preseason list of the top “Freaks” in college football. This year he enters his final season ranked 3rd on Bruce Feldman’s list.

No player on this entire list has had the type of transformation that Smith-Williams has had. He arrived five years ago weighing a spindly 196 pounds. Now he’s a hulking 265.