NC State Will Rock ALL White With Tuffy at Notre Dame 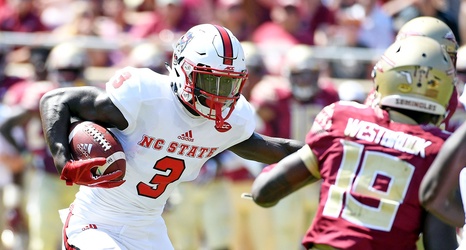 NC State revealed that they will be rocking ALL white uniforms with Tuffy on the side of their helmets against Notre Dame this Saturday in South Bend.

Last year the Wolfpack wore a different uniform combination in all 5 away games last season, and superstitious Dave Doeren has had enough.

In contrast, NC State has worn the ALL white uni’s with Tuffy on the white helmet in both away games thus far in 2017 (Florida St.