NC State opens up series with 6-3 win at Miami 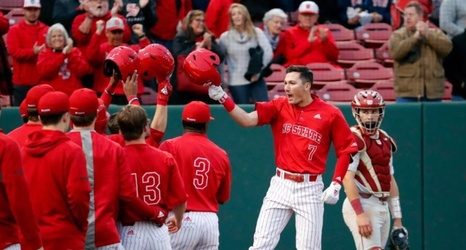 NC State and Miami were locked in a pitchers duel for the first four innings of Friday night’s ACC series opener with NC State’s Jason Parker and Miami’s Evan McKendry, both junior right-handers, trading turns in keeping the other team off the scoreboard. Eventually, it was the Wolfpack who put up the biggest inning in taking the series opener and improving to 21-1 (6-1) on the season. Miami falls to 15-7 (3-4).

After two quick strikeouts to start off the top of the 5th inning, it looked like McKendry would yet again put up a goose egg on the scoreboard for State’s half of the frame, but five consecutive two-out hits would put a five-spot on the board for the Wolfpack and stake them to a lead that would hold up the rest of the way.