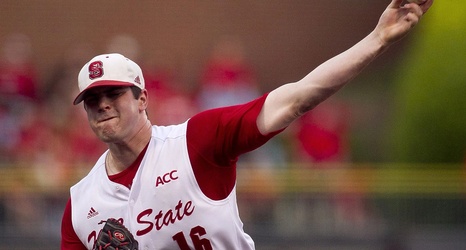 In a game that felt more procedural than anything, NC State cruised to a 10-4 victory over NC A&T on Wednesday night in Raleigh. Jonny Butler hit a 3-run 1st inning home run, and with Chris Villaman doing Chris Villaman things on the mound, the game was never in doubt from there.

Villaman was fantastic again in his midweek start, allowing just one run on two hits over 6.0 innings. He needed just 65 pitches to cover that span, with the two hits being the only two base runners allowed.