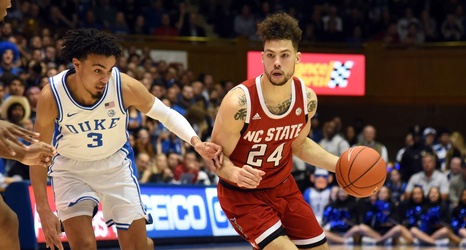 It’s not official, but NC State and UConn may be meeting on the basketball court this season. Huskies beat writer David Borges reports that the two schools are talking about playing on Dec. 5 at the Mohegan Sun resort in Connecticut.

The Mohegan Sun is going to establish a bubble environment for non-conference games, including some pre-season tournament events that had been scheduled for other venues. Like the Empire Classic, for instance, which had been set for Brooklyn—an event that included NC State until the Wolfpack recently pulled out of it.

State could use a decent non-conference game or two since it lost out on a couple by skipping out on the Empire Classic.