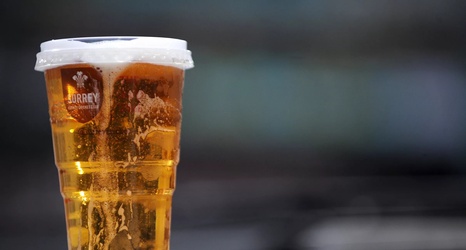 NC State and New Belgium have had a beer collaboration in the works for a while and on Thursday they announced that their special concoction—a new lager called Old Tuffy—will be in stores soon. Next month, in fact.

The partnership between the school and brewery extends to advancing State’s fermentation science program on campus, and that’s all well and good, but you can’t drink that, now can you.

Old Tuffy will be available across the state once it is ready to go in August, and hey, wouldn’t you know it, NC State has also just been given the go-ahead by the state government to sell beer at its athletics events.