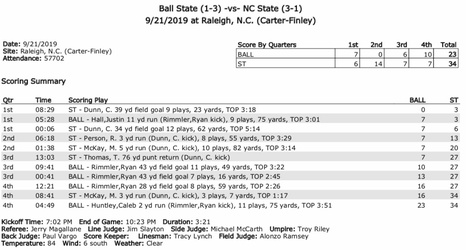 NC State will host Ball State tonight at 7pm under the lights tonight, marking the first time the Wolfpack and Cardinals have ever played each other in football.

It might be the first time that NC State has played Ball State, but it’s not the 1st time that Dave Doeren has played the Cardinals. While at Northern Illinois, Doeren was 2-0 against Ball State.

Ball State is one of the most experienced teams in the nation, returning 17 starters from 2018 (8 offense & 9 defense), which is tied for the 2nd most nationally.