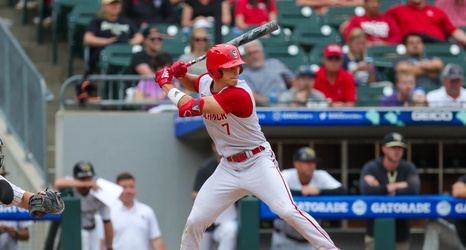 The 2022 MLB Draft is just under a month away as this year’s 20-round event will run from July 17-19. At least one NC State player has been drafted in the top three rounds in four of the last five drafts, but this year likely will not be one to add to that tally. That doesn’t mean there won’t be multiple NC State players hearing their names called come July. State will surely extend the current 21-year run of having at least one player drafted (they’ve actually had at least two in each of those years).

The Wolfpack have 20 draft eligible players from the 2022 squad.