Meet Clemson, which does not bleed and thus cannot be killed 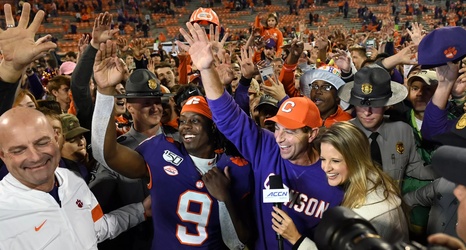 It’s been feeling a lot like the ‘90s in the ACC recently, except this time Clemson has stabbed FSU to death, buried the body behind the shed out back, and assumed the Seminoles’ identity. Also everyone has much cooler phones now.

The Tigers haven’t dropped a game since their 2017 season ended in a playoff defeat to Alabama, and a second straight 15-0 season is very much doable, since it’s still the case that only the Tide can match Clemson talent-for-talent.

This is a peak for Dabo Swinney’s program, but also a peak built to last into the foreseeable future.