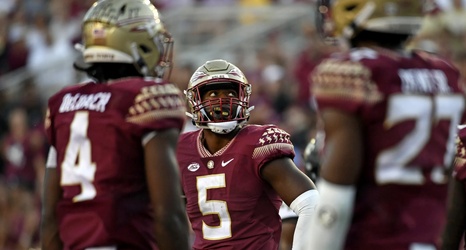 Florida State is off to an excellent start this season despite setbacks to some of its more important players, and there may be some guys who are limited against NC State on Saturday night.

Foremost among them, potentially, is defensive end Jared Verse, who was on a play count against Wake Forest over the weekend and wore a knee brace. Verse leads Florida State with 4.0 sacks this season, despite the injury problems. He sounds likely to suit up this weekend, though whether or not he’s limited again remains to be seen.

The Seminoles are also missing defensive tackle Fabien Lovett, who is a starter when healthy, but has been absent since getting hurt in the team’s game against LSU.