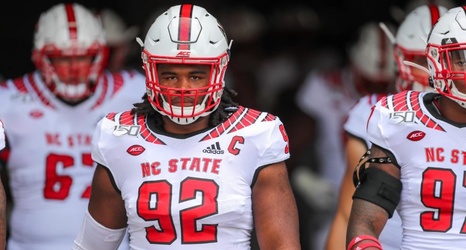 South Carolina Quarterback Jake Bentley announced yesterday that he would be transferring from South Carolina.

Bentley got his career started as a True Freshman, and played extremely well against NC State as a Sophomore, when the Gamecocks beat the Wolfpack 35-28. In that game in 2017, Bentley was 17 of 29 for 215 yards with 3 touchdowns (1 interception).

In the first game of this year, Bentley suffered a season ending foot injury. Since he has yet to use a redshirt year, Bentley is able to be a Graduate Transfer, playing somewhere immediately in 2020.