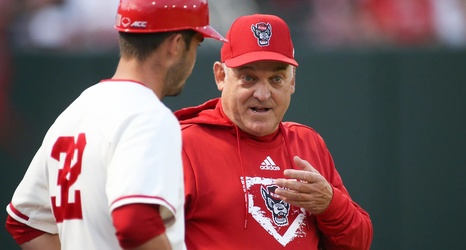 NC State beat Radford 6-2 on Friday night, and this came after NC State couldn’t manage a hit over the course of the first five innings, but the big story from this game is the injury to Tommy White, who was allowed to play third base for some reason.

For those wondering about Tommy White's injury, here's a look back at how it happened.

Appears he was able to rotate the right shoulder before leaving, but was in serious pain when he went down initially. pic.twitter.com/DtndagcPh4— Cory Smith (@RCorySmith) April 30, 2022

Tommy White has not exactly acquitted himself well playing first base, and no doubt he talked his way into playing third tonight; no one involved should have allowed him to do that.